A word or two about yourself

A word or two about yourself

Hi, my name is Milan. I come from Futog, a small town close to Novi Sad, Serbia. As a person from a less dynamic and smaller environment I have learned to take my steps “slow but confident”, and I may say it has so far led me to a pretty fulfilling life – I’ve visited many places, met good number of great people and managed to pursue decent formal and informal education. I have finished high school and University in the city I was born in, and Novi Sad is also a place where my career is forming itself at the moment. By education I am an Electrical Engineer, but with the focus being on computer science and automation, I have become a Software Engineer. This career path was never a straight forward line since it has led me to several decisions and changes already. One of those decisions was to search for professional experience abroad, and luckily I had a chance to do it through a wonderful program of Internship Programme of German Business. 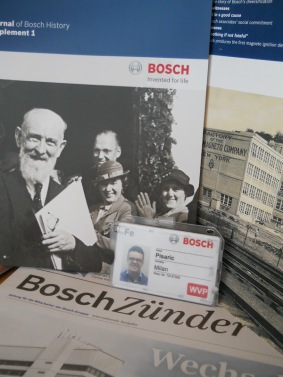 In 2012 I had a chance to become a part-time worker in Robert Bosch GmbH in Stuttgart. I use the term worker since that’s what an Internship in Germany is – a proper position in which a young apprentice can learn quite more than few things in a real professional environment. And being an Engineer in a huge German company simply feels like a good accomplishment for a young Serbian student. I was a part of Diesel Gasoline Systems, and my team was focused on developing various electronic control units (ECU) for vehicles. At the beginning you may be intimidated by the size of the company itself and its facilities, but your colleagues help you surpass it very soon. Interns in Bosch get concrete tasks and projects to do and quite soon I was trusted enough to be a part of talks with the client. In the second week of the Internship I already had a first meeting with a client from USA, who was testing one of our ECUs on track in the desert area. I clearly remember the details of the meeting and the proud feeling I’ve had, even though I knew nothing about the system, and the difference between various track conditions. How could I? I was there for only a week. But I am sure I’ve grew up a bit in that moment, since I already felt more like an engineer and less like a student that I still was. Not long after that I was assigned with a project that enabled me to work quite independent and to discuss the terms with the client, first alongside my mentor, and eventually on my own. In these six months I had ups and downs of course. Although I was recognized as a good Intern, sometimes I acted unprofessional or lazy, sometimes I could have done more or better work, and sometimes there were times I simply didn’t ask questions that I should. But all of this I realized later in the career, and I am grateful to have had chance to make these mistakes in a big company like this, where people above me already understand and know how to cope with it. 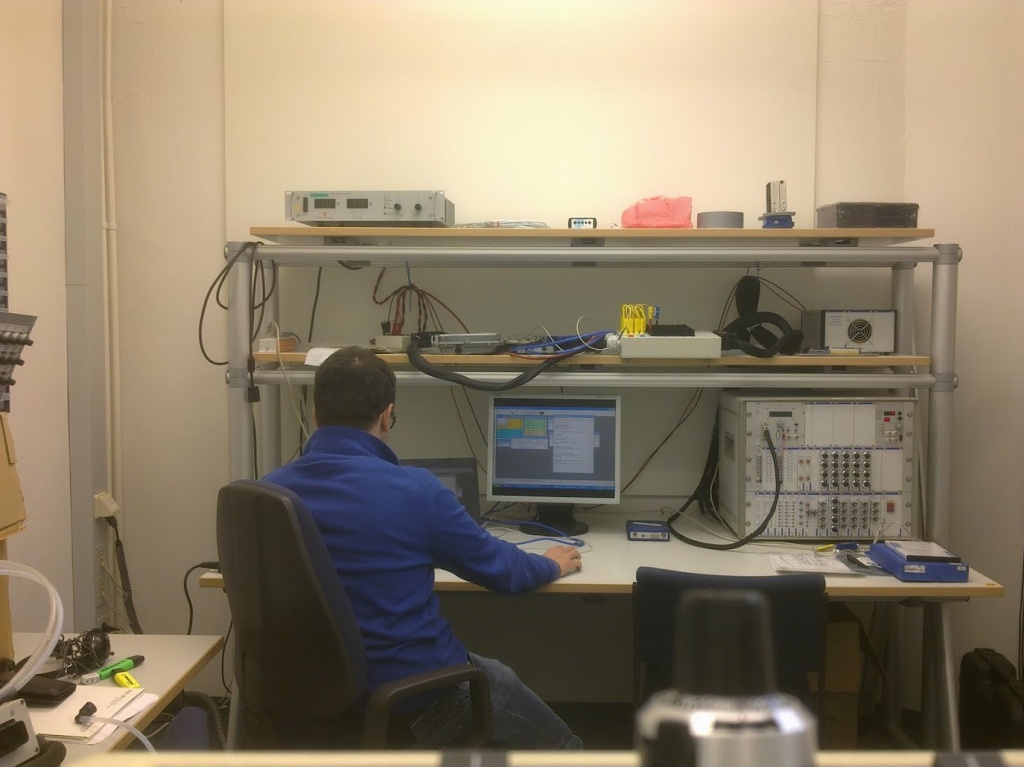 All in all, I had a very rich professional experience in BOSCH where I learned to work in international environment, where I’ve made first professional friendships and where I realized what it means to be only a small screw in a huge system. Not speaking German was a big challenge to overcome, although all the coworkers know English and the work is done in it. Even in an international team, company and city like Stuttgart, it is far better to know the language of your hosts, because you may skip the surprise of the whole table speaking in German although you obviously do not. That was one of the painful surprises for me, and that is another thing I would improve if I went back. Life outside of the Internship was equally rich or sometimes even richer. There were more than 50 fellow Interns from the region who came to Germany together with me. We were all alone in our new cities and our big companies, so we all kept close and used every opportunity to meet during weekends. In this period I have learned that few hundred kilometers is nothing when you are meeting with companions and friends. We used are gatherings to exchange experiences and talk about good and bad sides of our Internships. This enabled us to evaluate our positions even more precisely, since all the experiences were a bit different. Together we have traveled through the country, lived the countries culture and traditions, and became a team. A team that made a promise to continue traveling and enjoying life together back in the region. Up until now, we are keeping to the promise.

And you returned to Serbia. What happened then?

I like to say I worked hard to get to the point I am at, but that I had both luck and help of my surroundings – not only from my family and friends, but also from all the people who have taught me a thing or two during my education, and from the system that enabled me to get educated. Quite often people in our country forget where they came from and how blessed they were for having cheap education and good possibilities. Not all of us had it as good as the others of course, but it’s unfair to forget that it may have been a lot worse. That is one of the reasons I wanted to go back to my hometown and to start working at the University – to become one of those teachers that make a difference and to return something to the system. Some may say I did not try enough, and that may be true, but after spending only 18 months working at the University I’ve quit the job, and went into a competitive company. In a way I see this decision as one more step forward and a good thing for the community – since I was not happy with the job I was doing I could certainly not make the students happy, so it’s better to leave someone better to do it. The company I am working for right now is doing its best to promote good working values and ethics to the IT community, and hopefully in the years to come we will have many students doing their internships or thesis work here, so it may be an even better way for me to give something back to the educational system I was part of, while being happy at work and feeling helpful to young future colleagues.

The same way those 6 months spent in Germany have changed my life for good, being a part of the Alumni Club changed it for the better. Our network is full of wonderful people, and what’s even better is that it keeps growing. Many of those people I consider being my close friends. The Club itself I consider being essential. Yes, there may be times that our jobs or families are our focus, and more important than being active members of the club, but luckily there are always enough of those people who step in and “keep the flame burning” and our Club alive and dynamic. This enables us to stay in regular contact, meet with each other quite often and to have bigger gatherings few times each year. There is not so many occasions in which you can share a room with this amount of smart, outgoing and enthusiastic individuals, as we have chance to do within our Alumni network. And what’s making it even more interesting is that we’re keeping the story regional, befriending and cooperating with people outside of our countries. This way we’re able to see outside of the box, to hear successful life and career stories in the region and know there is still a chance to live happy life here, no matter how hard it may sometimes seem. Of course, not all of us have returned to our countries, but those who stayed abroad are also active members and collaborators of our network, and all of us together are trying to make a difference, to influence people around us to keep their heads up and fight for our countries to be better, so that in future our children would have even better possibilities than those that we had, and that we took. 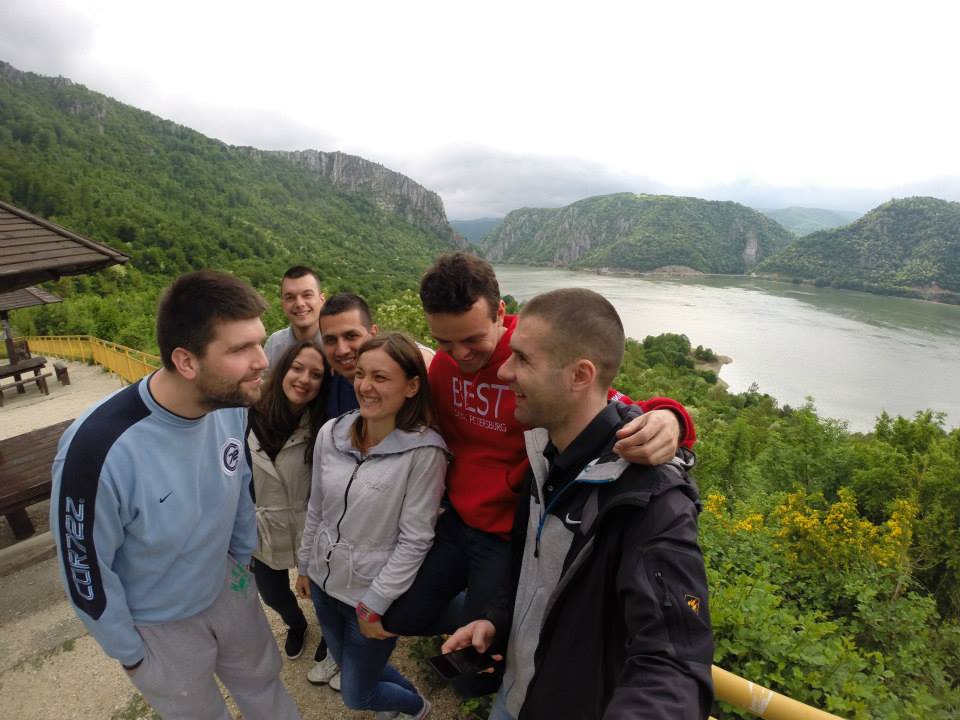 At the Stammtisch in Rio

This website uses cookies to improve your experience while you navigate through the website. Out of these, the cookies that are categorized as necessary are stored on your browser as they are essential for the working of basic functionalities of the website. We also use third-party cookies that help us analyze and understand how you use this website. These cookies will be stored in your browser only with your consent. You also have the option to opt-out of these cookies. But opting out of some of these cookies may affect your browsing experience.
Necessary Always Enabled

Any cookies that may not be particularly necessary for the website to function and is used specifically to collect user personal data via analytics, ads, other embedded contents are termed as non-necessary cookies. It is mandatory to procure user consent prior to running these cookies on your website.